Five Monkeys, a Banana and the Board 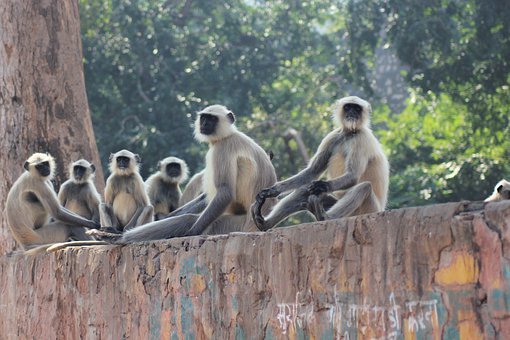 Do you have the feeling something is not right on your board?

Do you have the sneaky pervasive feeling that you and your board’s processes do not allow your board to do its best work?

Do you feel that your board culture is toxic and you don’t know how to change it?

Do you find other board members don’t question why you do the things that you do?

You are not alone.

The systematic and traditional ways that boards have governed themselves are often unconscious without anyone questioning why, and over time they move further and further away from best practices. Too many board members yield to the pressure of tradition and custom and never questioning what has always been done.

Five Monkeys and a Banana

Have you heard of the story of the five monkeys and the banana? It is an allegory that shows how board traditions and customs can become systematized and are never questioned.

Next, one of the monkeys in the cage was replaced. The new monkey attempted to get the banana and was attacked by the original monkeys. Over time each of the monkeys were eventually replaced with new monkeys who were never sprayed with cold water.

Yet the same behaviour continued.

In the end, all the monkeys were replaced and were never once sprayed with cold water. Yet, not a single monkey ever tried to climb the stairs for the banana.

In this story, there is no collective memory among the monkeys about why they don’t go for the banana.

Group dynamics around a boardroom can reflect long forgotten and unconscious traditions within the organization. Like the monkeys who don’t know why they don’t go after the banana, some traditions in your organization can be detrimental to the progress that your non-profit or association wants to make in its community.

It is all too easy to say, “we have always done it that way without knowing why.”

Human Nature – Monkey See Monkey Do
It’s often said that experience is the best teacher, but the experiences of other people maybe even better. We learn what to do by observing and copying others. No matter what rules and processes an organization put in place, what people learn is what they see others do.

And they will do that even if they don’t know why that behaviour started – “it’s just the way things are done around here”.

We tend to do things the way we’re told they’ve always been done without questioning or revisiting the reason behind it, even long after that reason ceases to exist.

What is the solution?

The answer to a great board experience for everyone is to create a great corporate culture and have board members demonstrate the desired behaviour that supports the mission, vision, and effective governance.

There are a number of things that you can put into place to improve board member engagement that will ensure a positive culture and a great experience for all.

These simple steps can make a world of difference. Schedule a free call to find out how you can improve your governance process.

Engagement is essential for any nonprofit to thrive. Staff, board members, and volunteers must be committed to the organization’s purpose, values, and direction. Join Five Engagement Free Webinar on September 9, 2021. Find out more
https://www.canadian-nonprofitacademy.com/engagementwebinar-sept2021/